I got up early and headed to the airport to fly to Peg's Toms River house.  Winds were 6 from 28, winds at 2000 were 22 going down to the shore and was just a short 30 min trip ( nice tail wind ). I called up McGuire approach (McGuire AFB) and went straight through the military space. I wish I had my camera going as I was instructed maintain my heading and 3000  ft altitude so a KC 10 Tanker taking off and could passed 1000 feet underneath me.

I landed at Ocean County Airport  (KMJX) and tied down N25DV, then got the rental car. I was at the house working in 8 mins. It was better to fly verses the 2.3 hour drive. So round trip was about a 1 hour flying instead of 5 hours in the truck. 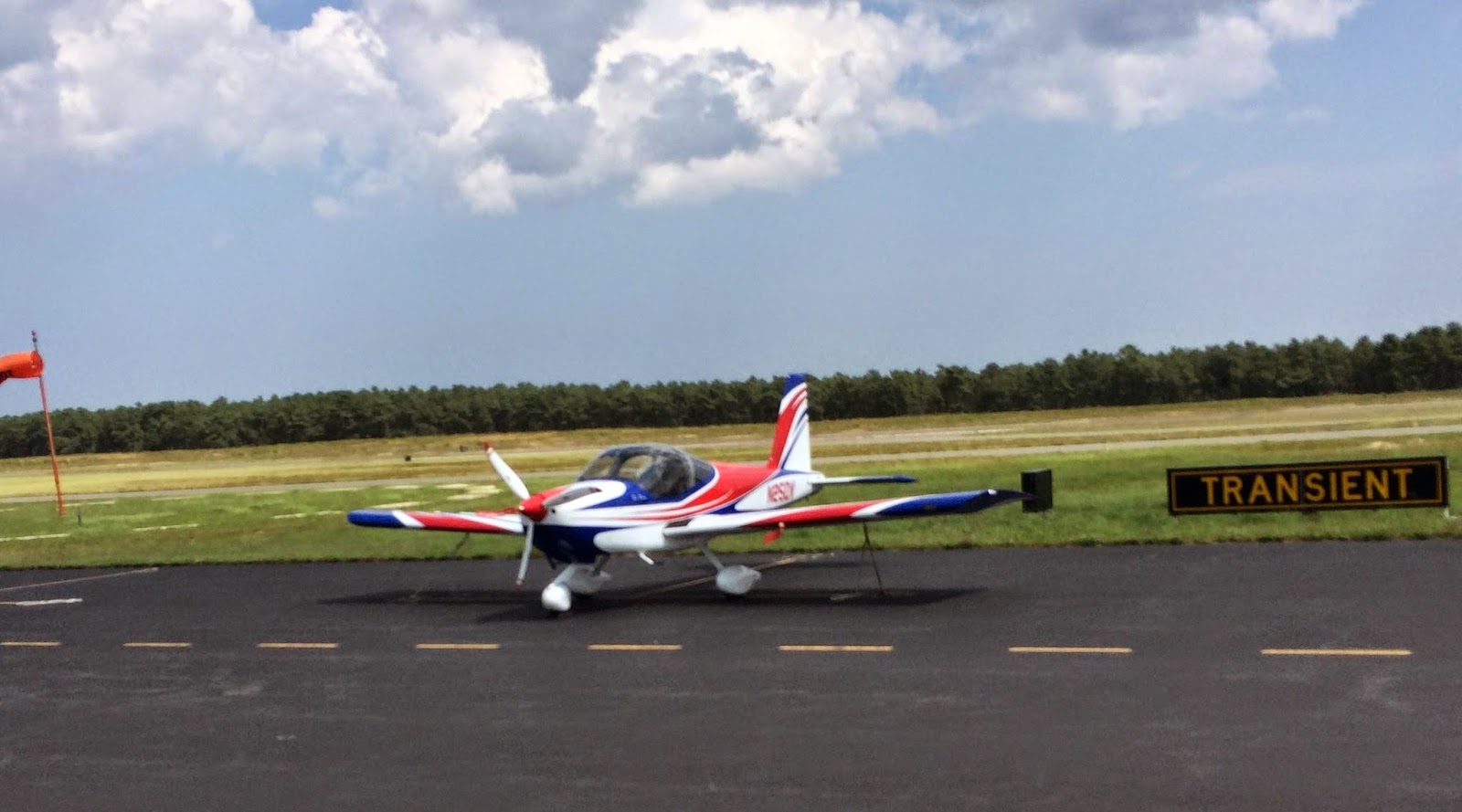 Got back to the KMJX and the wind was up to 10 kts gusting to 15 kts and just east of there at McGuire AFB, winds were 12kts  gusting to 22 kts. Weather was coming in with spotty showers.  I navigated around some of the showers, other than a little bumpy it was a great trip.  I also used the GRT autopilot and it work flawlessly after making some adjustments yesterday. 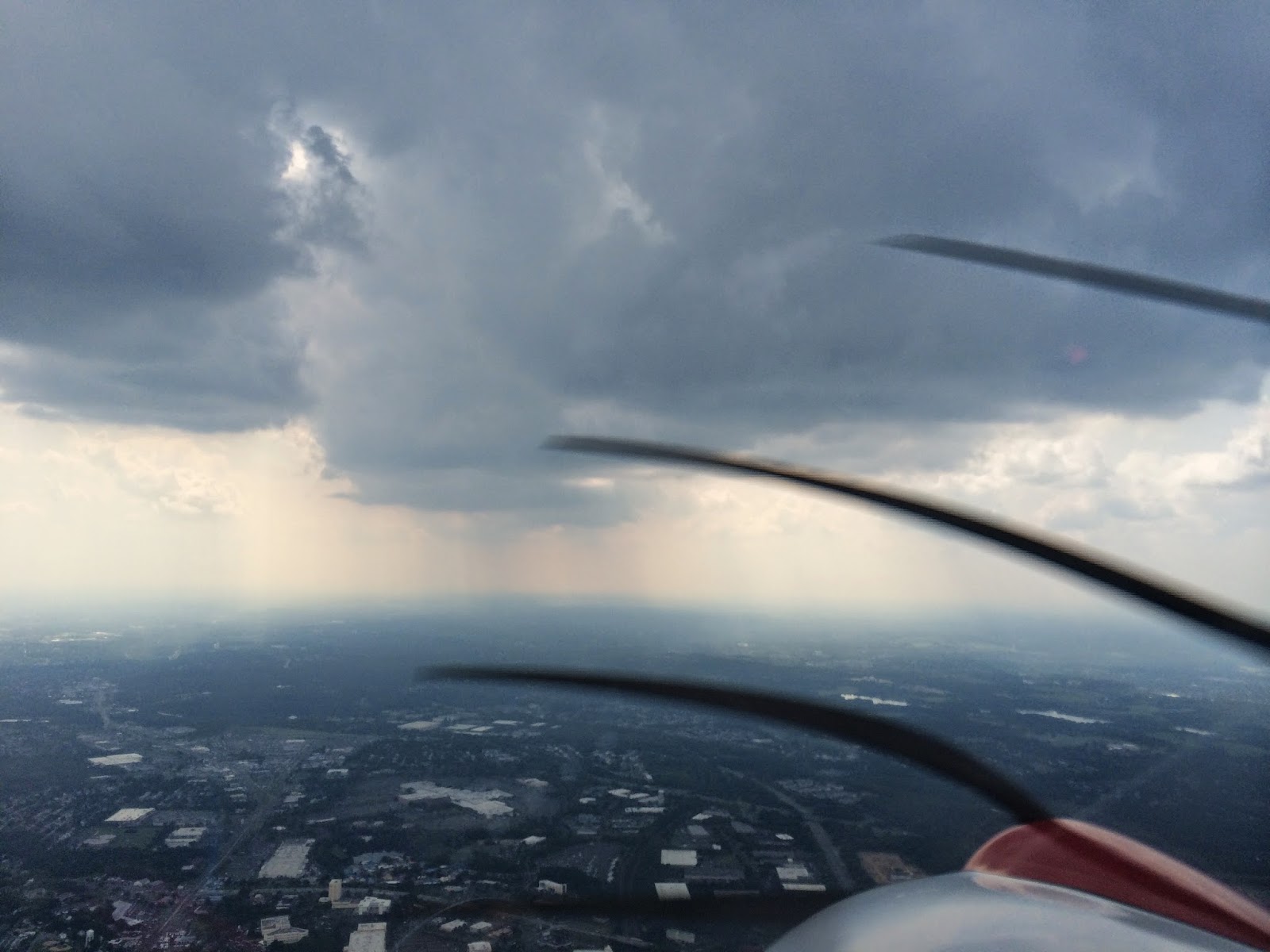 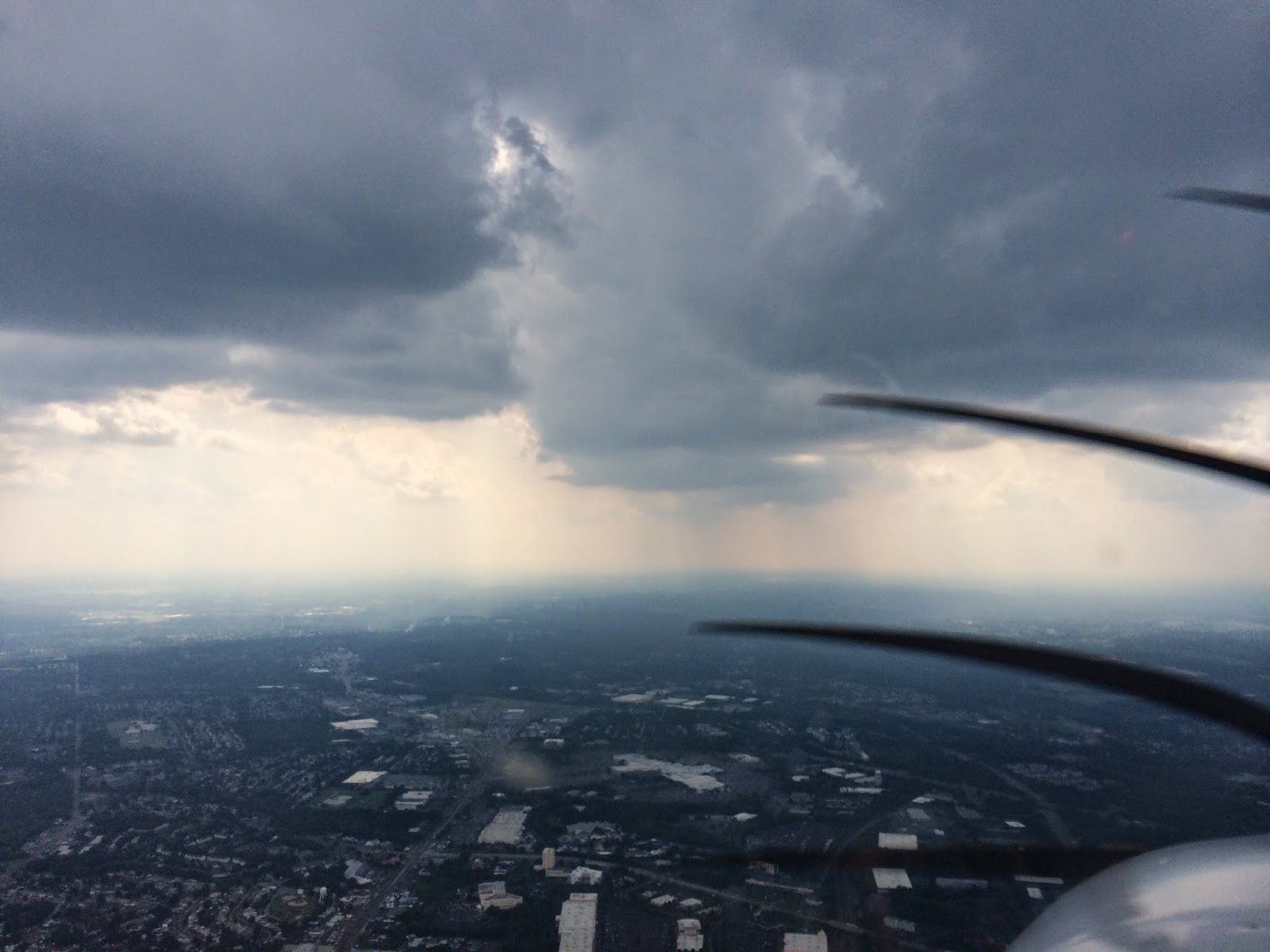 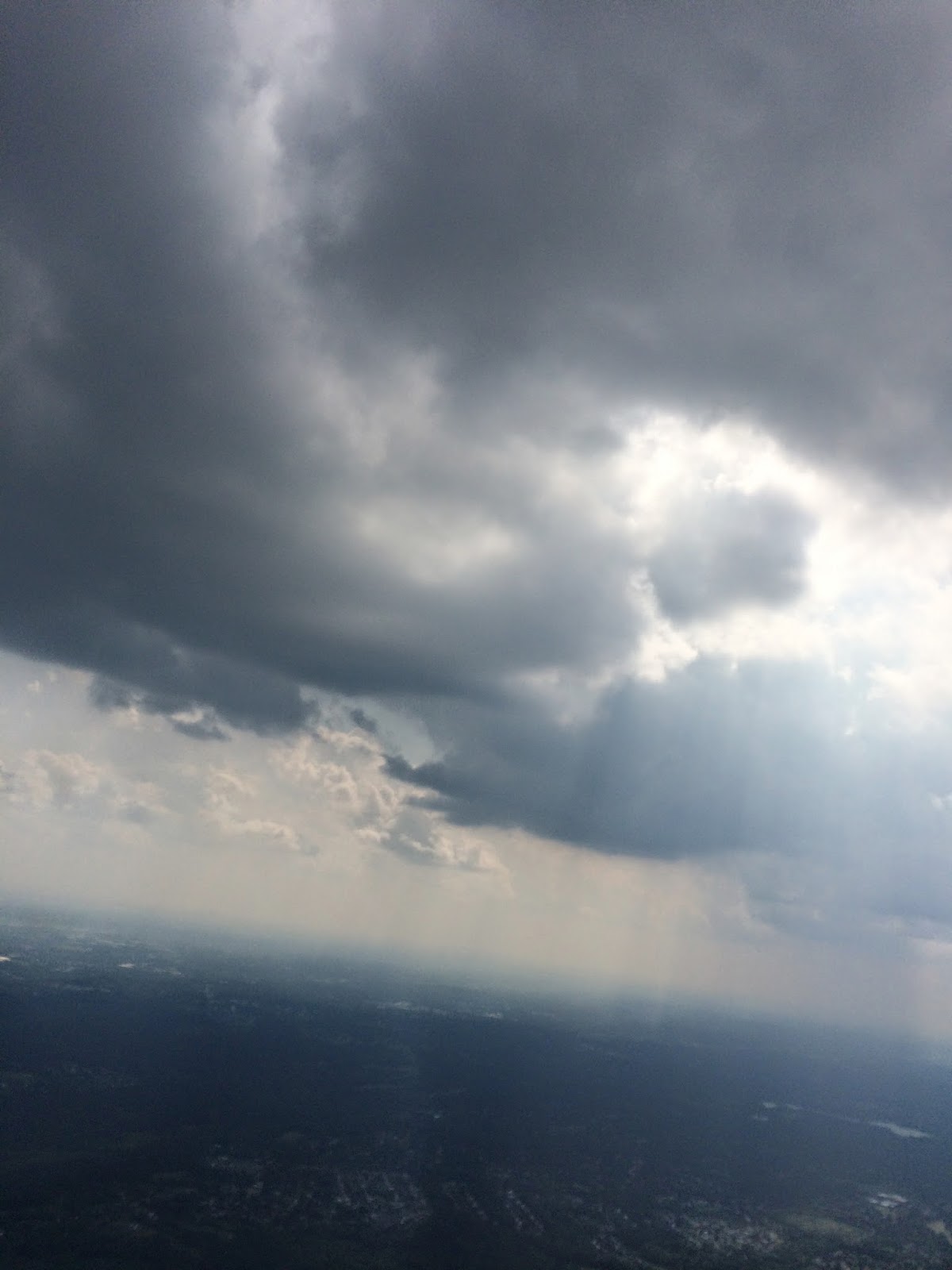 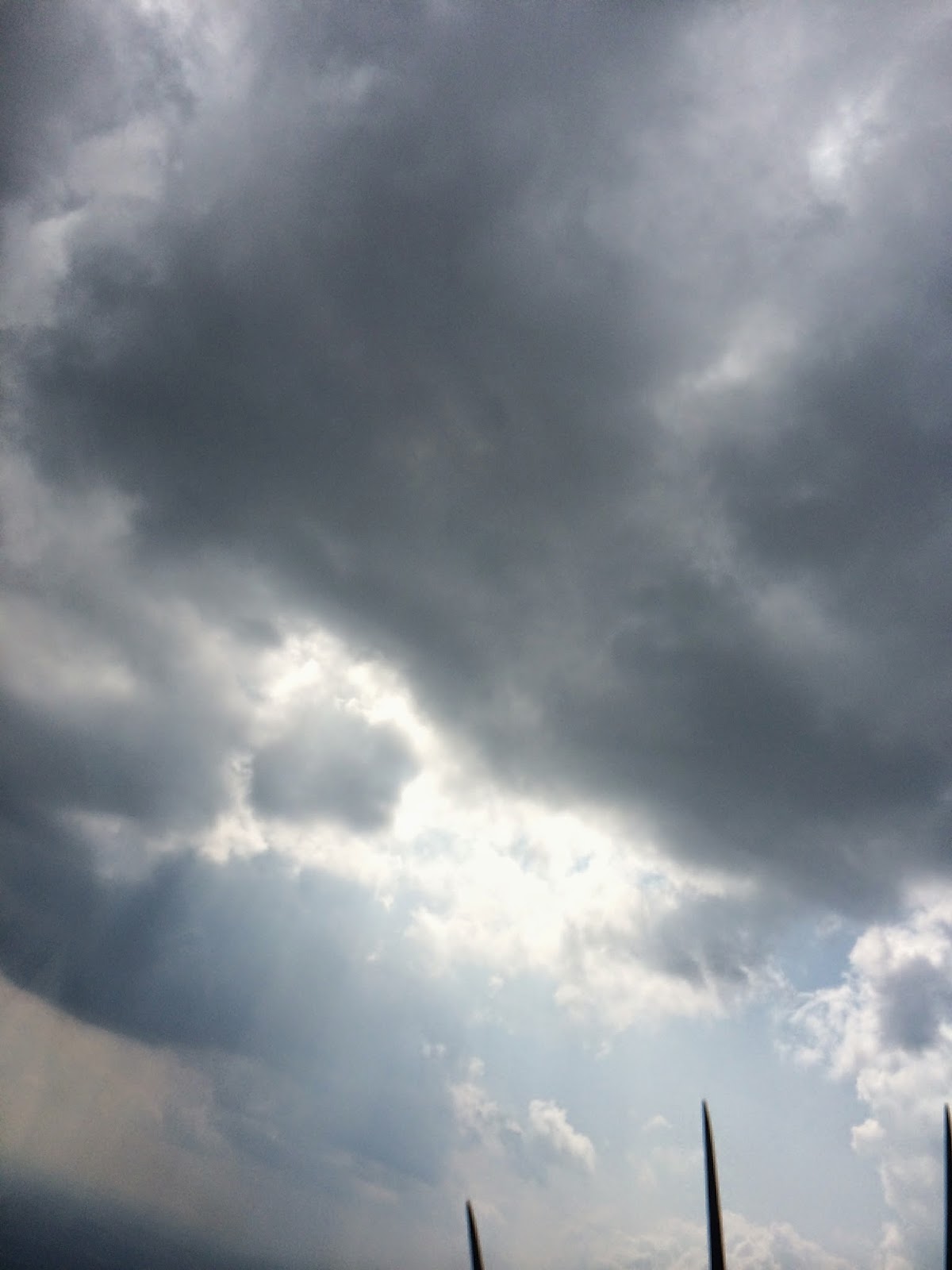 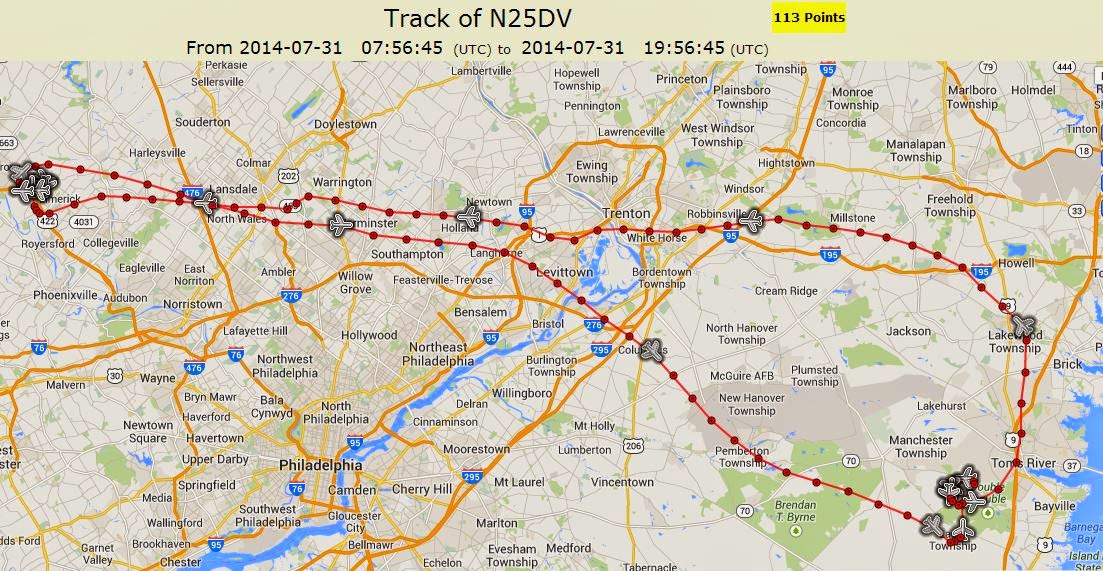 Playing in the Sky

Today went out and cleaned the hanger and then played with the wing tip mounted GoPro.  I flew for about 45 min, shot some stills and edited down a 1 ½ min video. The video starts with crosswind departure heading north towards ButterValley, playing with smoke in the sky and then heading back for a landing on 28. 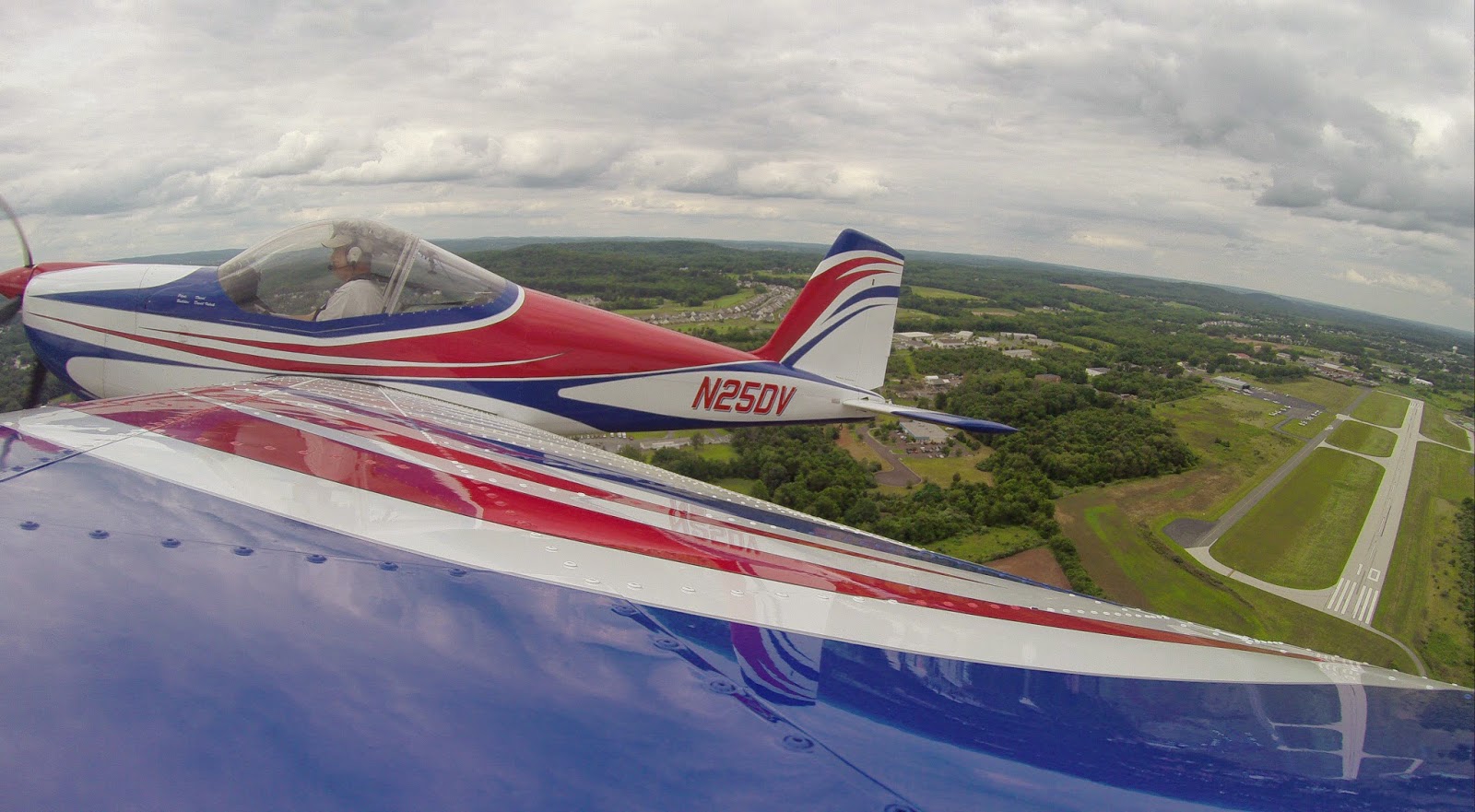 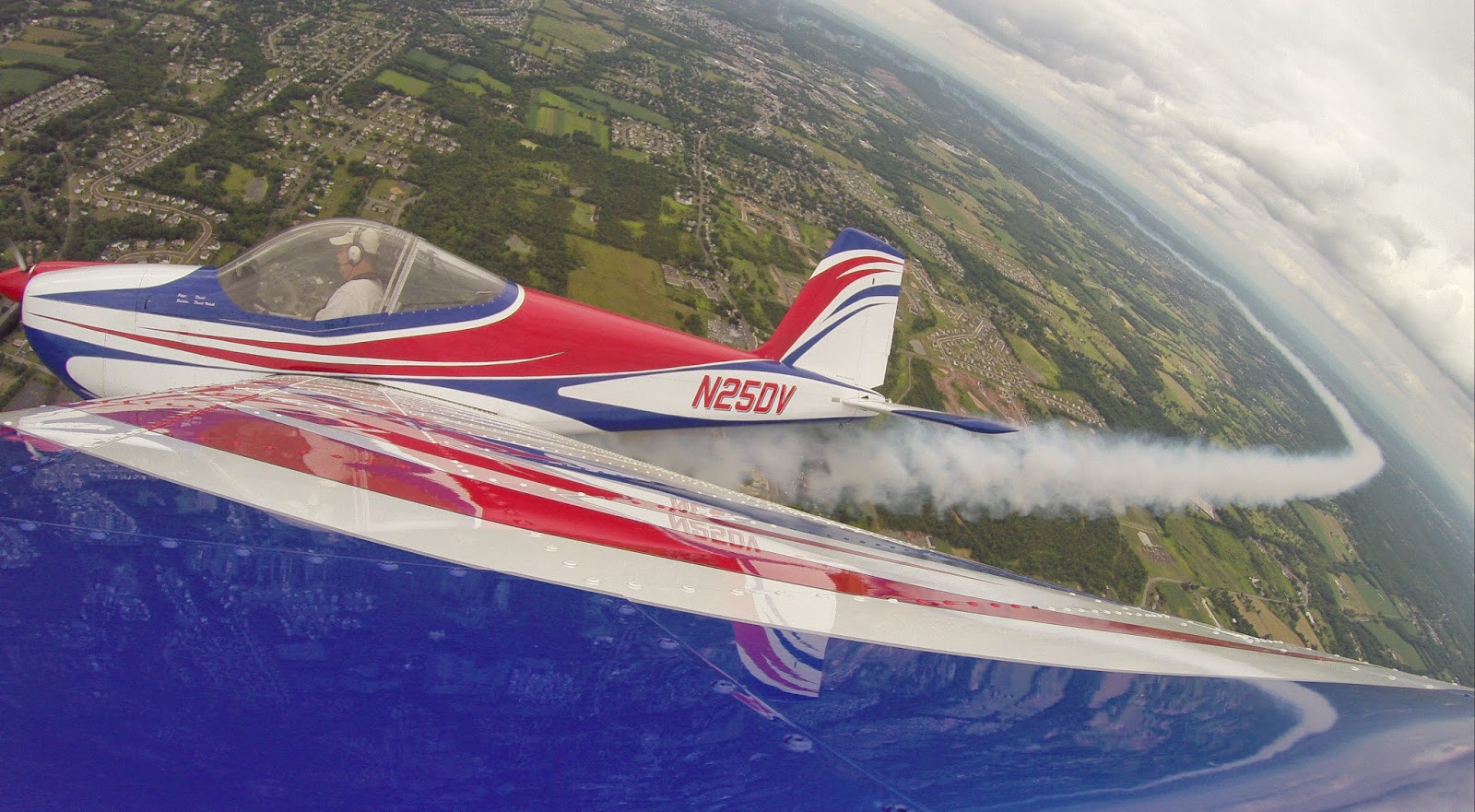 The video starts with crosswind departure heading north towards ButterValley, playing with smoke in the sky and then heading back for a landing on 28.

New view from my GoPro camera

I fabricated a GoPro mount for the RV12 wing handle last night and went flying today.

A friend CNC'd a part and I used scrap aluminum to frame the opening of the hand hold. 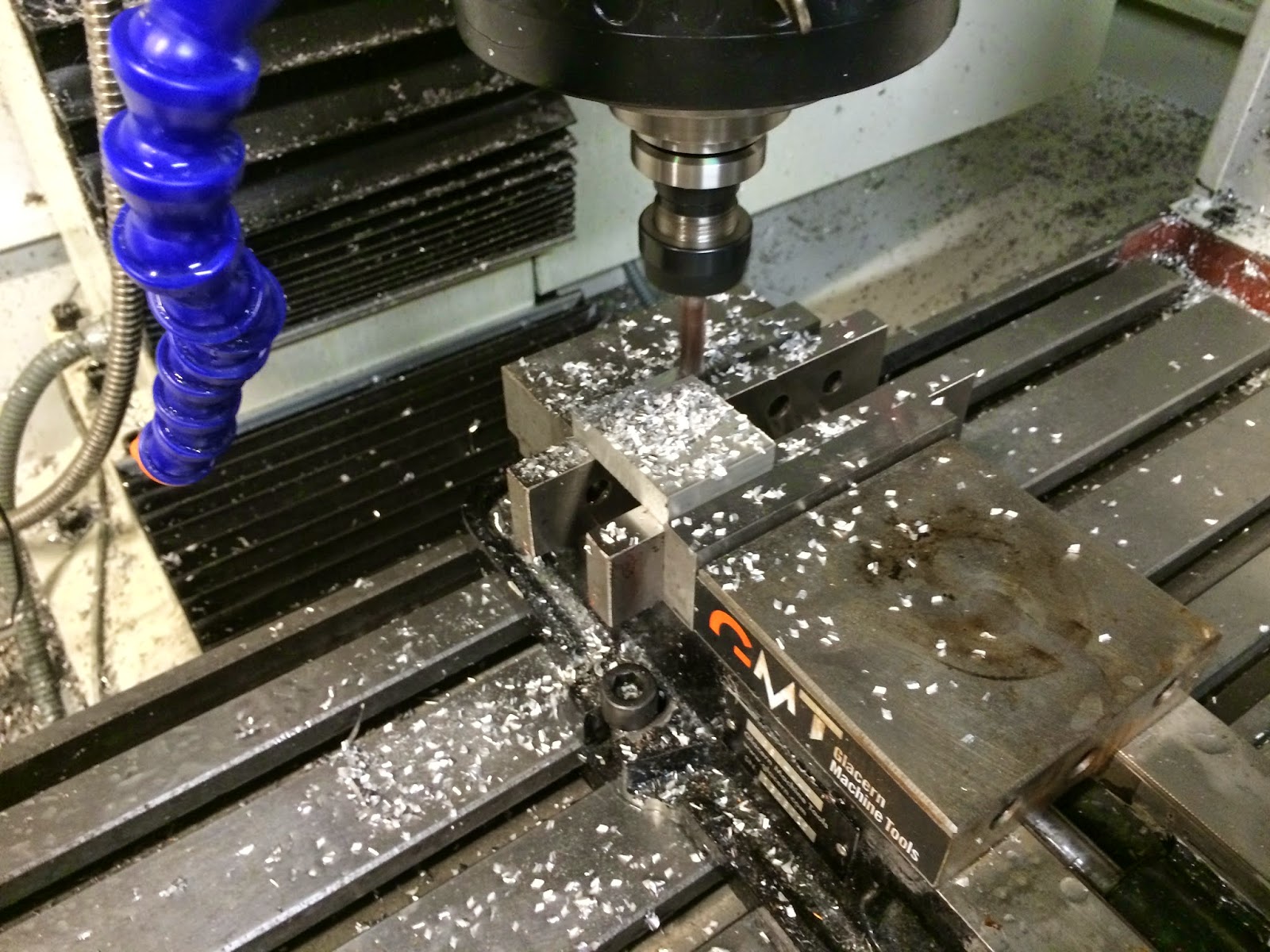 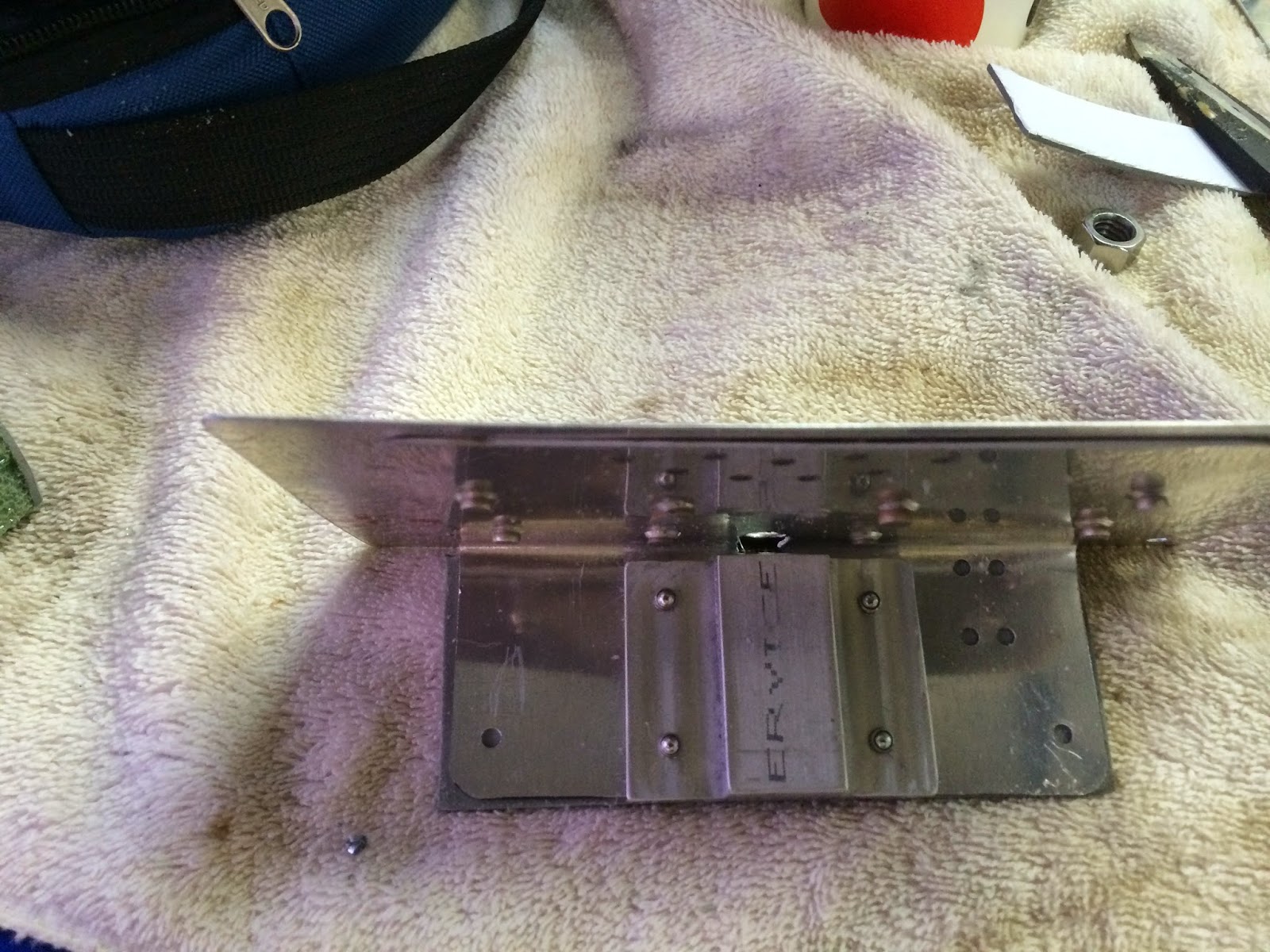 It is held by two screws and foam takes up the volume of the opening the opening. 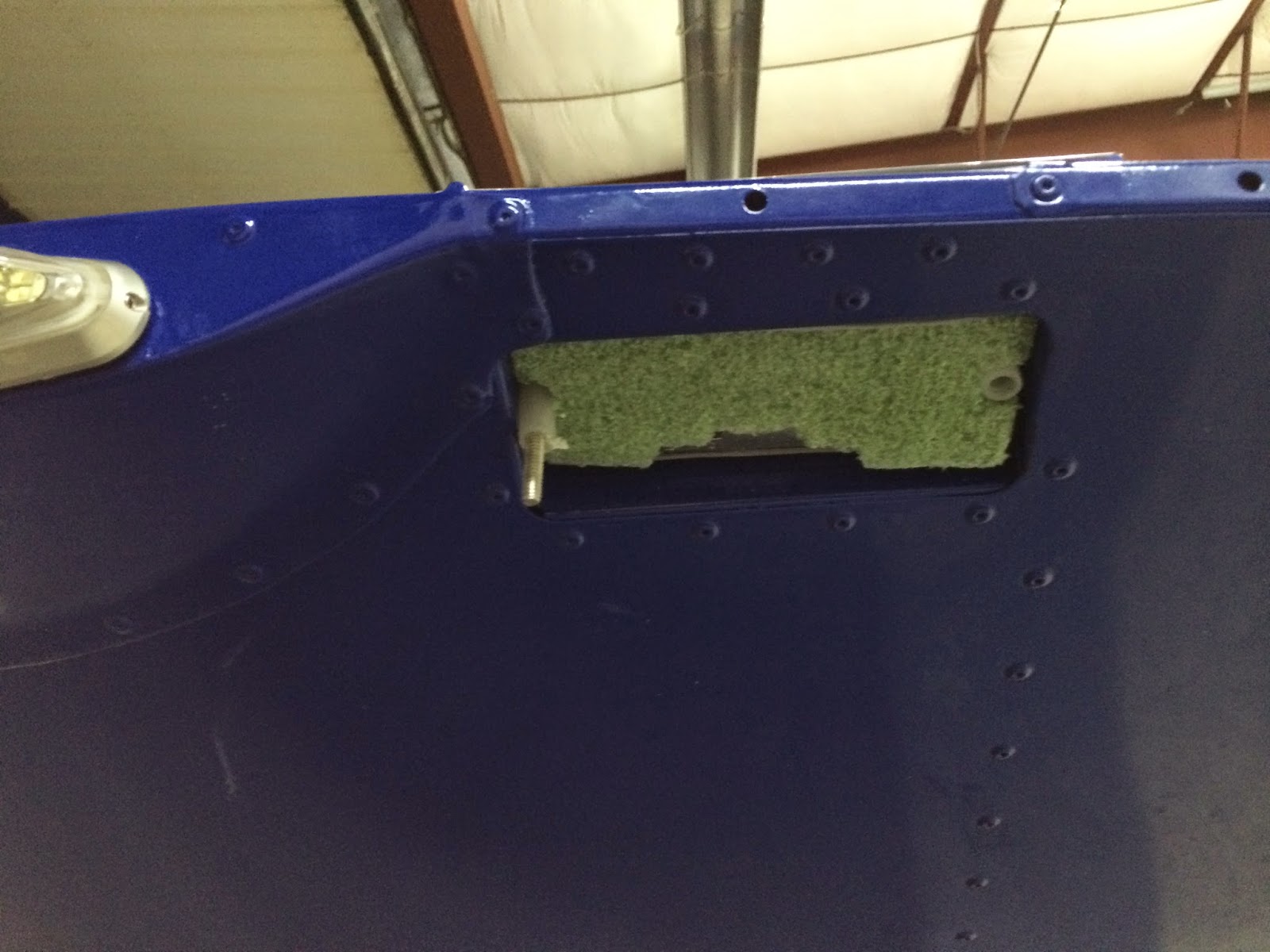 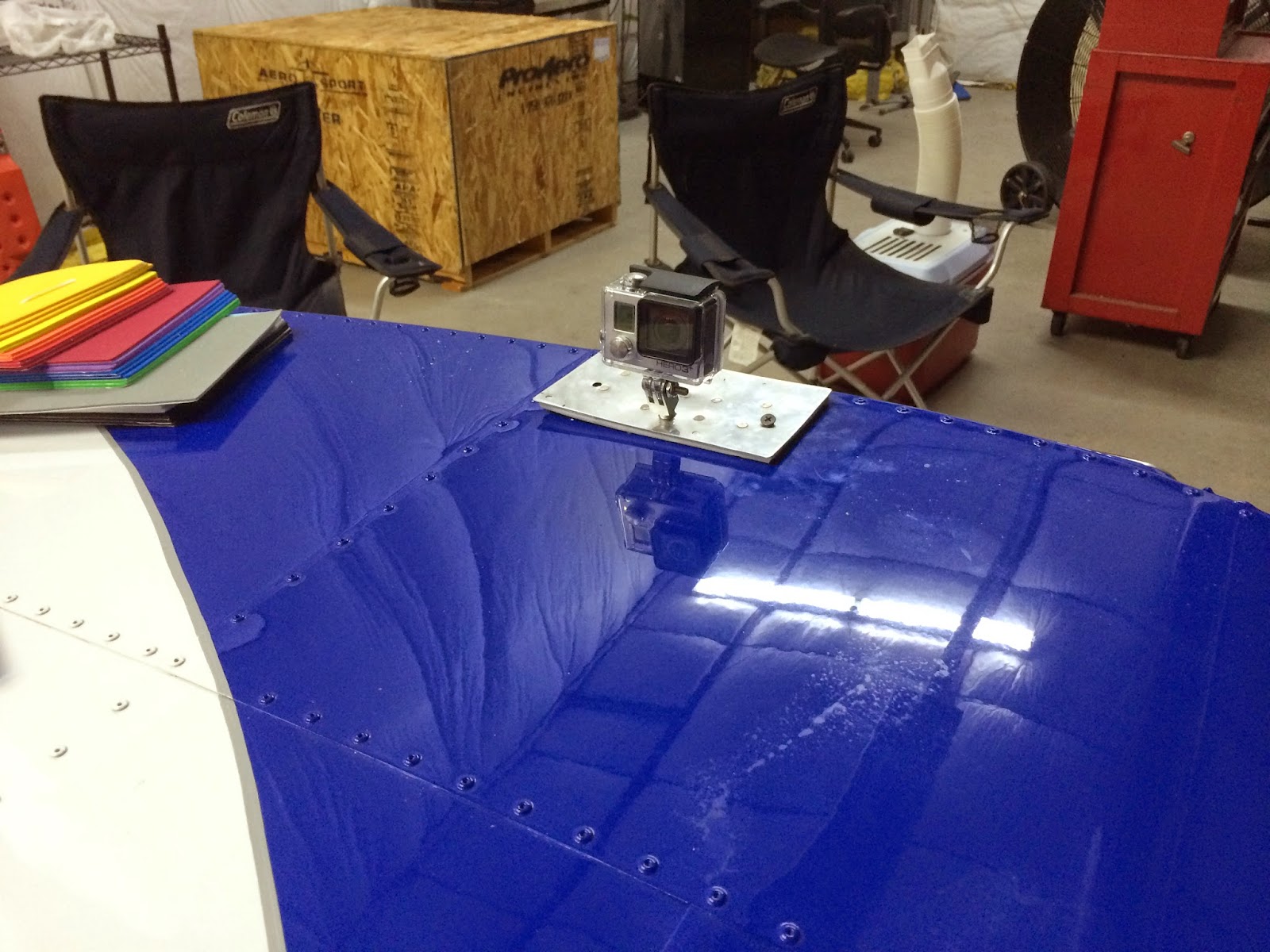 This way I didn't permanently attach it to the wing.  The top and bottom sandwich it to hold it in place.  Easy on in a minute and padded to protect the paint, thanks bob for the machining 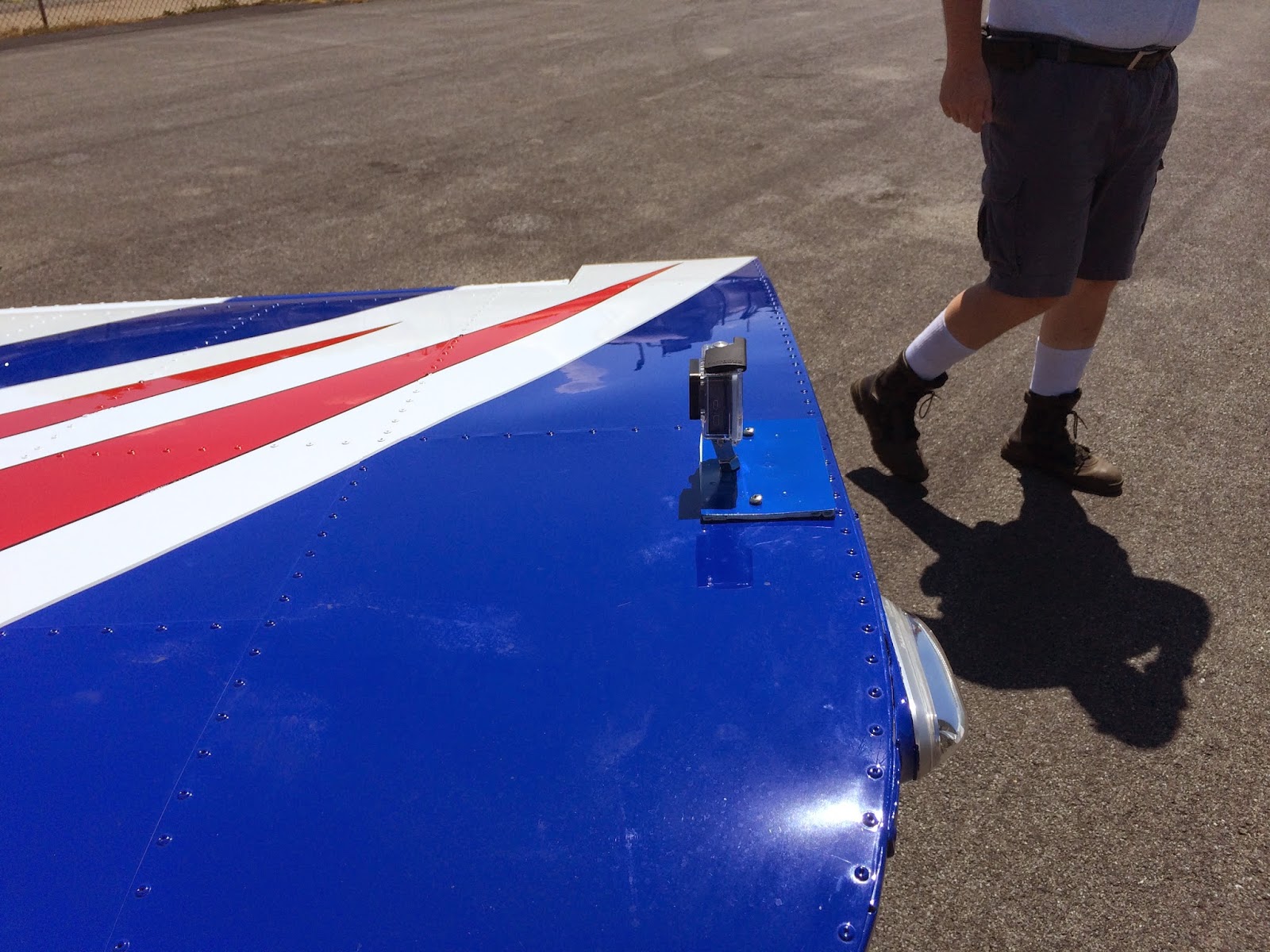 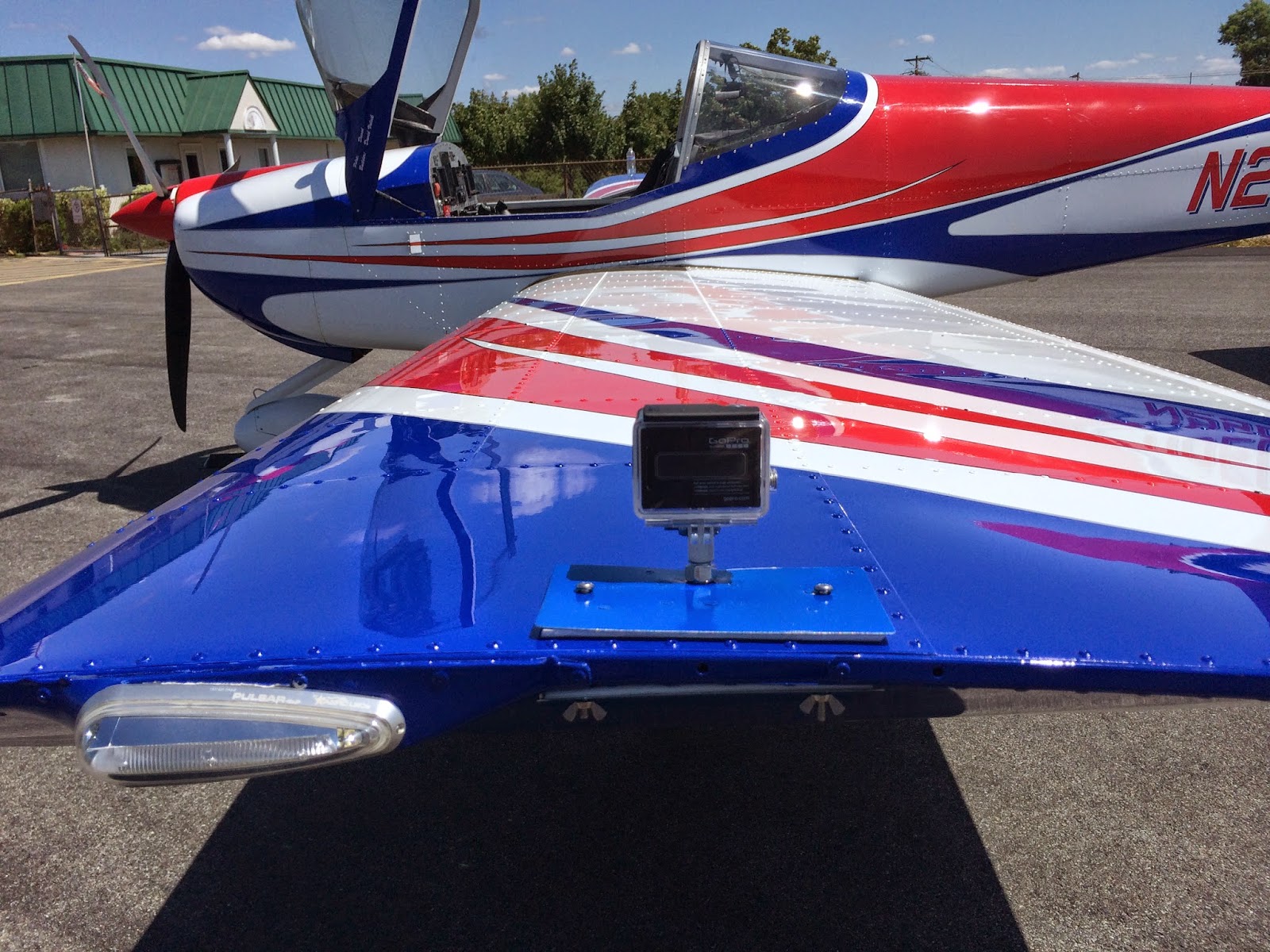 A few pictures from that view,  I am still amazed how that little camera performs. 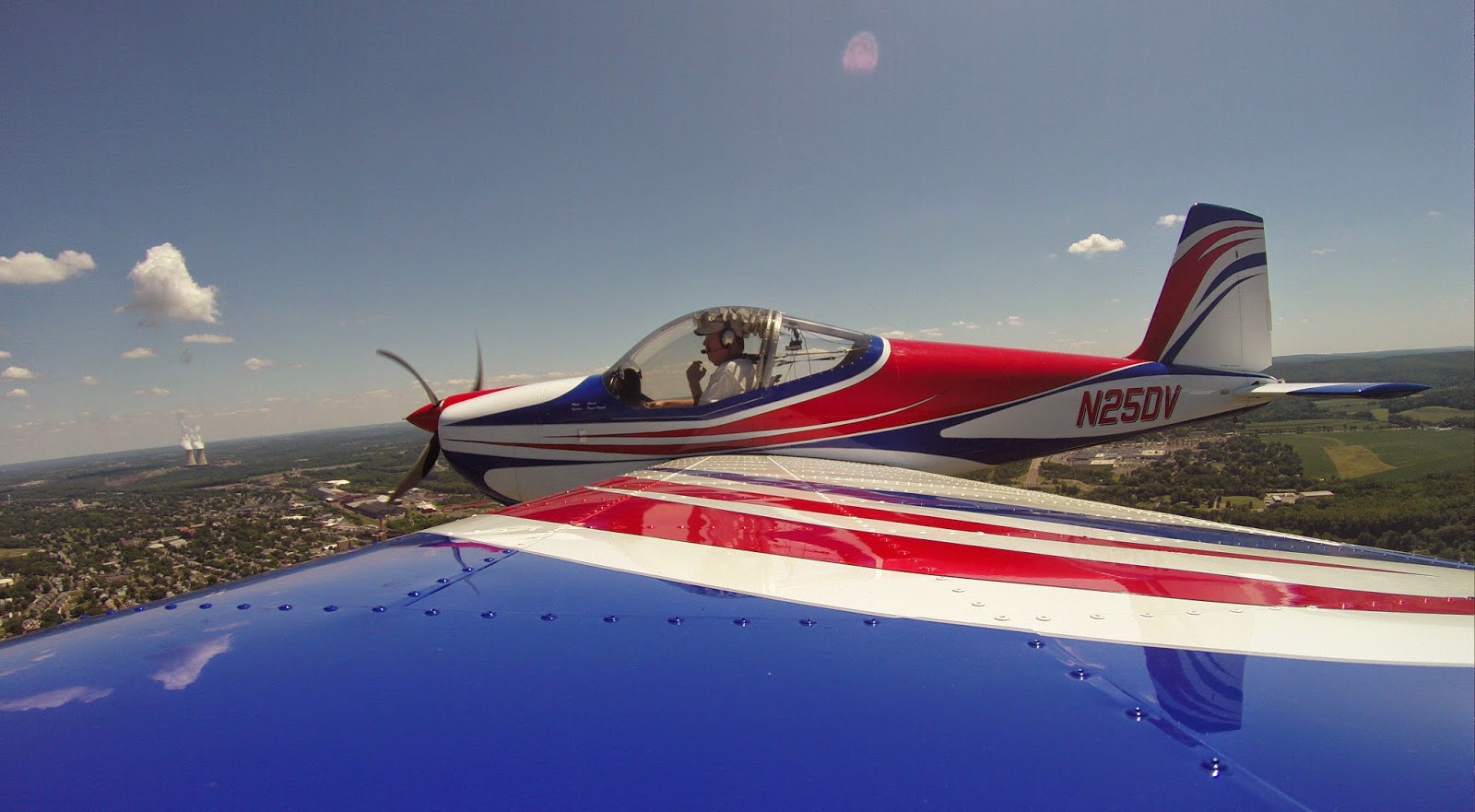 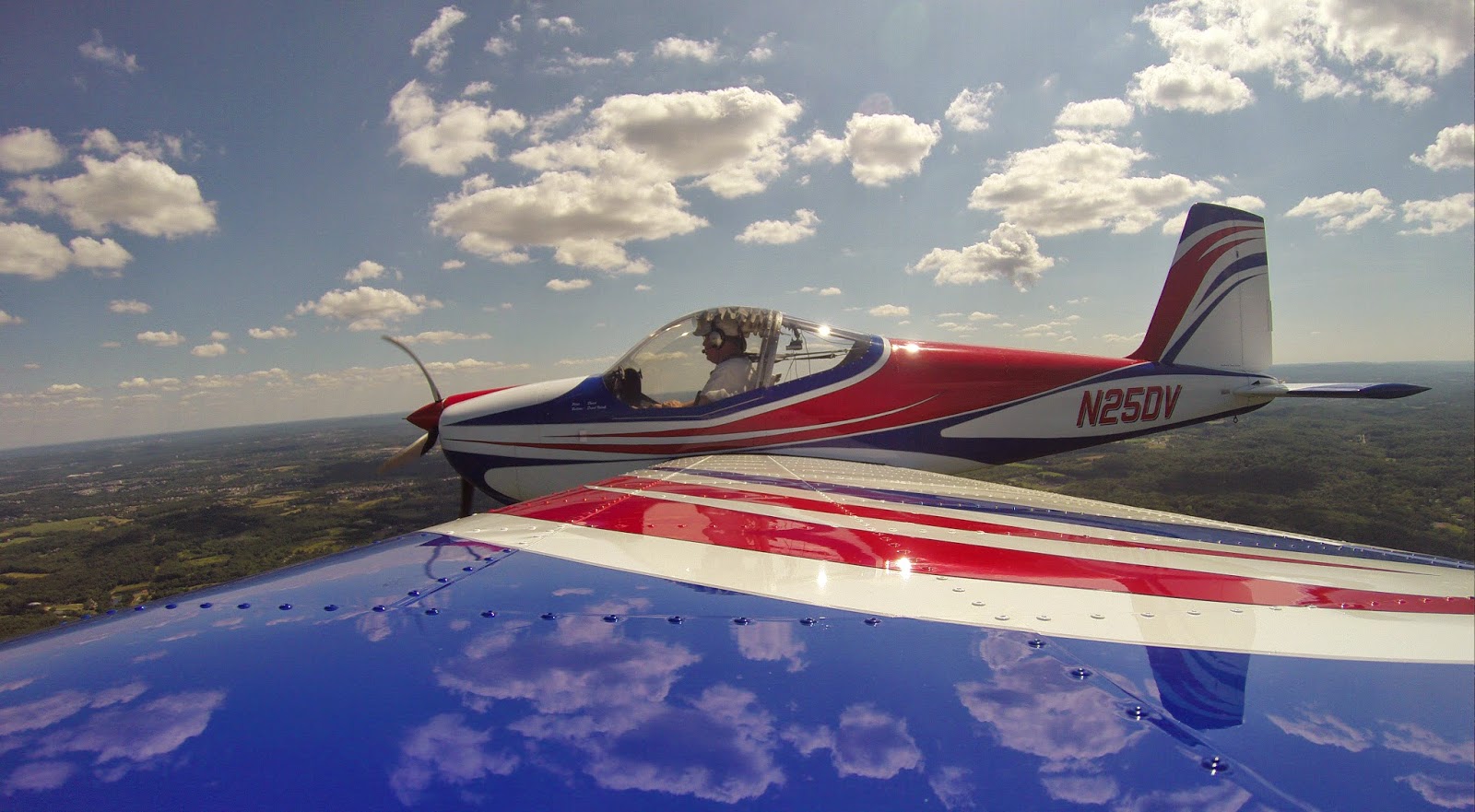 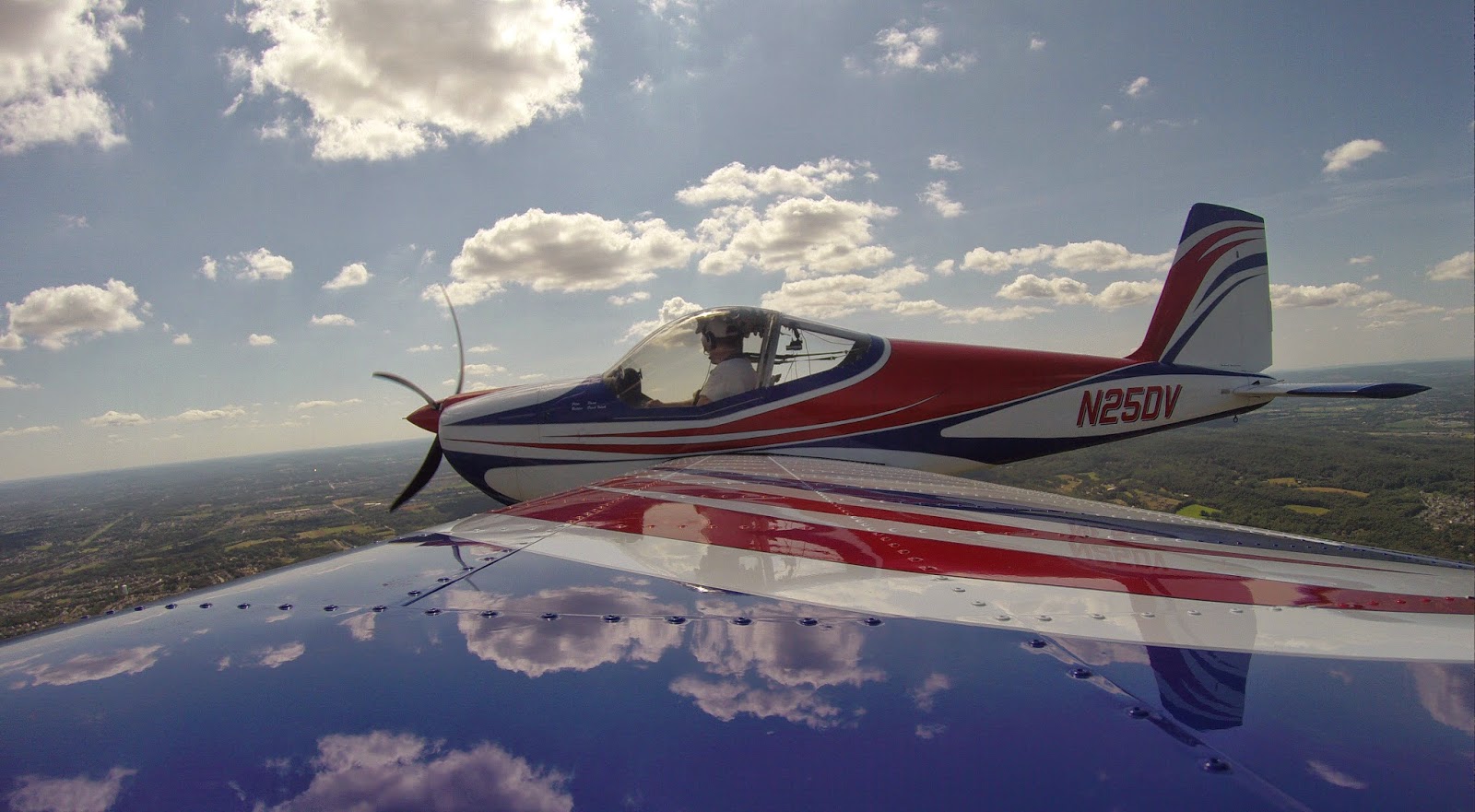 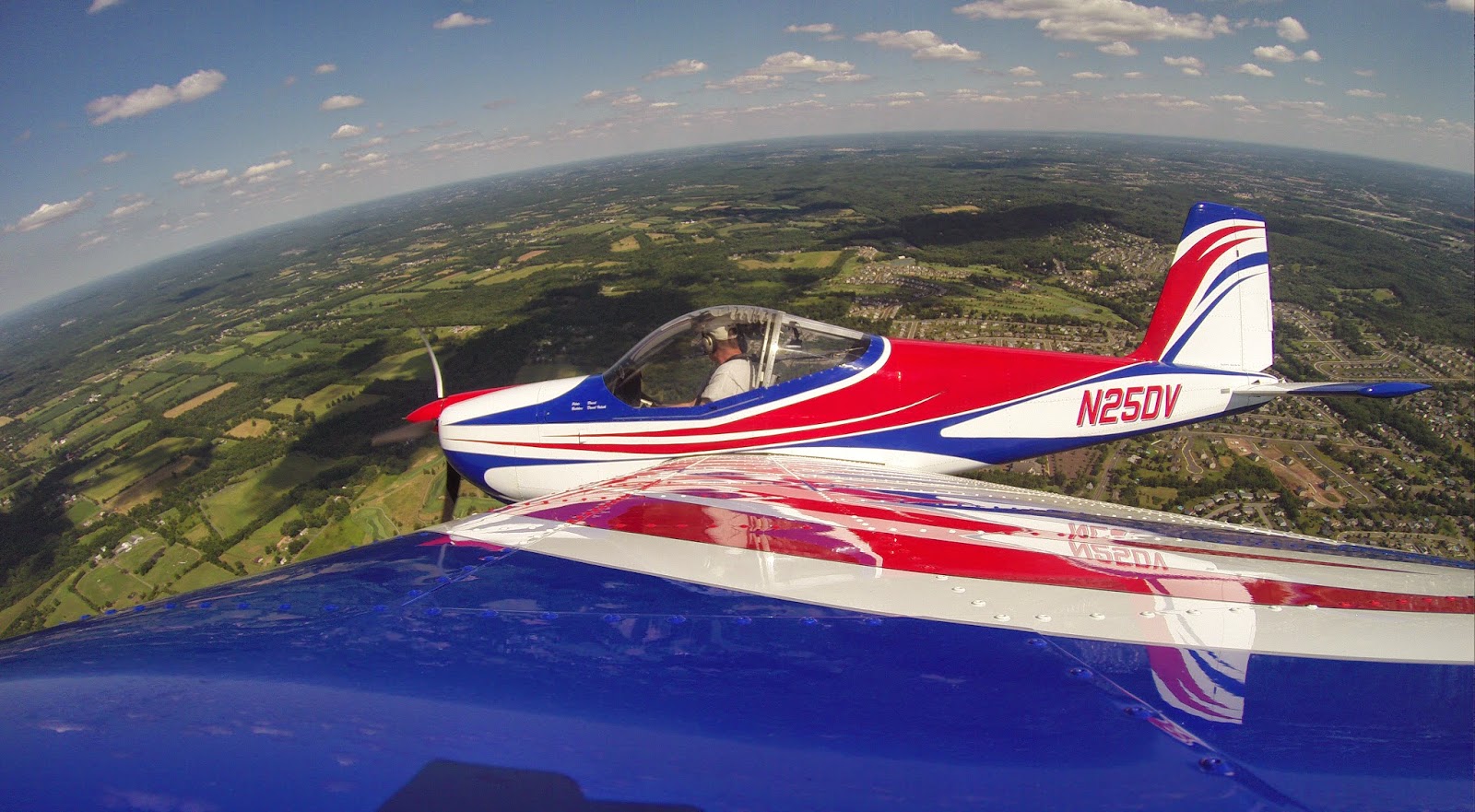 I am very happy how it turned out and it is easy to put on and take off.  I still have mounts under the wing, inside the cockpit and under the tail section.